Titles, positions and names should come from Official Translations, not unofficial fan translations.

Vandalism is not allowed on the wiki. Due to recent vandals, any users who do any forms of vandalism will be blocked permanently.

Tokyo Revengers (東京リベンジャーズ, Tōkyō Ribenjāzu, Tokyo Revengers?) is a TV anime adaptation of the Tokyo卍Revengers manga. The anime is directed by Koichi Hatsumi at LIDENFILMS. It is set to air in April 2021 and it will also stream on Crunchyroll outside of Asia.

Wondering where it all went wrong, Takemichi suddenly finds himself traveling through time, ending up 12 years in the past—when he was still in a relationship with Hinata. Realizing he has a chance to save her, Takemichi resolves to infiltrate the Tokyo Manji Gang and climb the ranks in order to rewrite the future and save Hinata from her tragic fate. 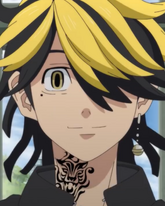 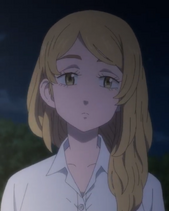